After the success of the costuming gig of my son’s friends at the premiere of The Hobbit: An Unexpected Journey, I started thinking, “My Thorin scalemail costume was a hit! Which Hobbit costume should I do next?”

I thought of making Nori, one of the dwarves, to help complete their roster, but when I asked my son if he would be okay wearing that costume, he wasn’t sure. I asked if he would rather be inside a helmet and armor, like maybe one of the elven guards. He replied, “If I’m going to be one of Elrond’s guards, I might as well be Lord Elrond.” And that was my go signal. The next costume project has been identified.

I googled all the images of Lord Elrond wearing the plate armor (there was only one stock image that was used to promote the movie, and Elrond appeared in the film in that armor for less than two minutes). With what was available, I diligently deconstructed the complex, layered costume so that I could wrap my head around the challenge. I tried to draw all the costume elements, figuring out how each piece would fit into the entire attire. 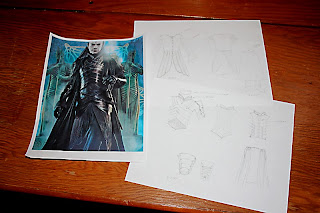 In determining the construction of the costume, my mandate to myself was to ensure that the attire would: (1) not maim my son, (2) be relatively easy to put on, and (3) stay intact for the duration of the costuming event (hopefully longer). Since I would be building everything from scratch, I had the freedom to choose the materials that approximate what they actually used in the movie.

Although the elven armor looks like sheet metal (which they probably forged for the movie), I wasn’t inclined to go that route. First, metal is expensive, and second, I’m not too hot on taking a crash course on metalsmithing just to make this costume (maybe next time). Ergo, I hopped around town to gather fabric (for the tunic and cape) and my chosen substitute for metal: marine vinyl. 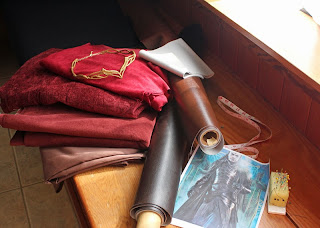 My next challenge was figuring out how I would construct the silver trim along the edges, as well as the swirl designs, of all the plates of the armor. I tried sewing a silver piping. I tried gluing all sorts of silver ribbons. I tried strips of foam. I tried foam paint. I tried hot glue. I tried paint effects. Nothing worked. I took a breather. 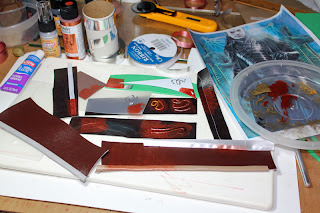 I thought I should try to make a pattern for the pauldrons (shoulder armor). I said that if I could make the pauldron shapes look like the movie version, I’ll be good. I cut some paper, and I attached it to my dress form. It looked okay. I could do this. 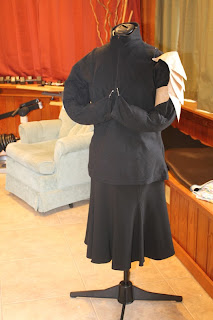 Then suddenly it dawned on me. I could do the edge trim, as well as the swirl designs, using my favorite medium: polymer clay. So I cut some vinyl using the paper patterns, molded some clay, and put them all together into a prototype. It worked! 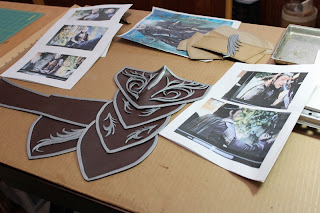 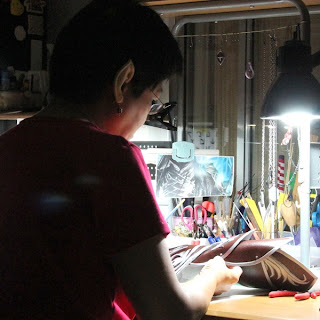 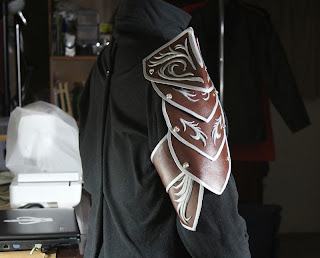 So I decided to get as much clay as I could. When Michael’s put the Premo clay on sale for $1 each, I picked up all the silver ones from the three stores near our place. 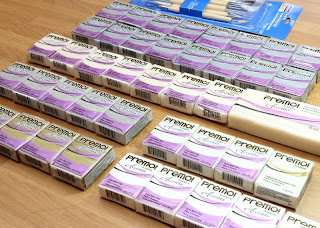 Note: this next photo was taken after the costume was completed, but I will post it here now, to show the tools and accessories I used for the project. It doesn’t show the heavy duty sewing machine and the toaster oven (for baking polymer clay). 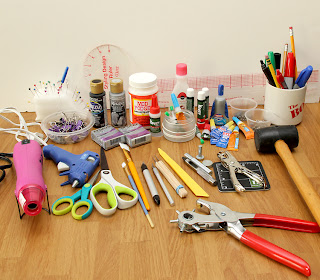 How did you bake the polymer clay? Did you form it, bake it, then apply it? Or can you bake it at such a low temperature that the vinyl it's going on isn't damaged?

Simply amazing work! Thanks for sharing!

Thanks for the kind words. Yes -- form, bake accdg to package instructions, and glue onto the vinyl.