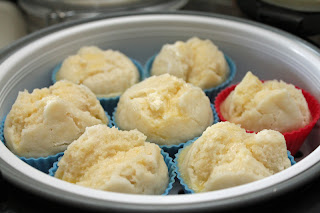 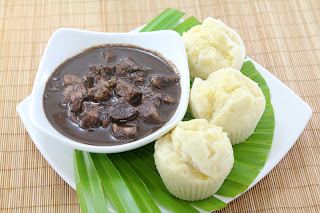 The White King Puto powder mix is pretty much spot-on. Can't say the same for dinuguan in my neck of the woods though. I have yet to find one that I really like. This probably means my search will be fruitless as I don't have the guts, pun intended, to cook dinuguan myself.

If you wish to use my photos, please send an email request so that we can communicate. Thanks!

hi ruby. wondering where you got your silicone muffin molds from? thanks.

These silicone molds are available here in the US where you can find kitchen gadgets -- Target, Bed Bath & Beyond, Kmart, and online at Amazon.