How to Slice Watermelon into Chunks

I grew up feasting on watermelon the old-fashioned way: sinking my teeth (and face!) into a freshly sliced wedge of that crunchy, cool, and juicy fruit (it’s also a vegetable) with its sugary-sweet nectar dripping down my chin, neck, and elbows! Slurp!

When I moved to the States, watermelon became a delicacy, presented as chunks sealed in clamshell packs at the supermarket. You need to use a fork (or tiny skewer) to eat it. Where’s the fun in that?

But yes, forking watermelon chunks makes sense these days because sticky hands don’t go well with our ubiquitous handheld devices. The downside of buying prepared watermelon is you pay a premium for the labor and packaging.

How about saving a bundle by buying a whole watermelon and spending a few minutes slicing it into chunks? I promise, it only takes a few minutes and you’ll have a big bowl of chunks you and your friends can conveniently fork into while you’re playing video or board games!

1. Buy a whole watermelon – the cheapest option. It’s going to be heavy, so plan ahead. If you won’t cut the entire fruit into chunks, you will need space in the fridge to store the uncut portion. 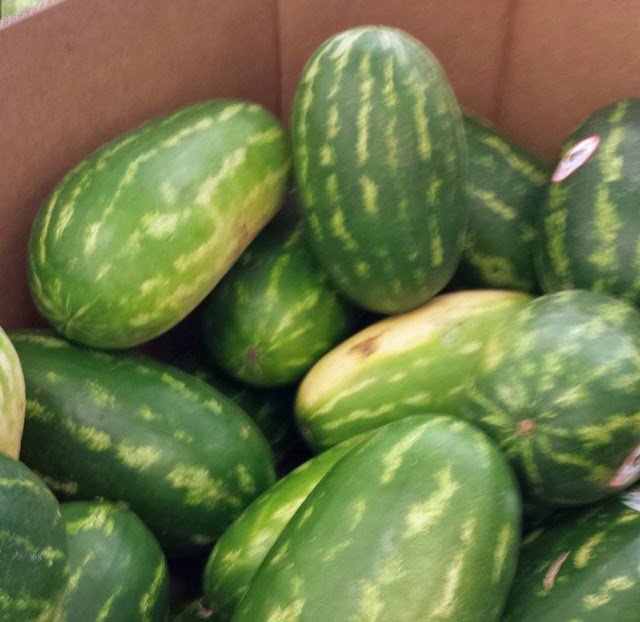 2. Slice the watermelon into quarters (some places sell watermelon quarters – you see the flesh and you don’t have to deal with a huge fruit). Work with a quarter at a time, unless you’re ready to consume the prepared chunks within 3-5 days (they get soggy and taste weird after a week). 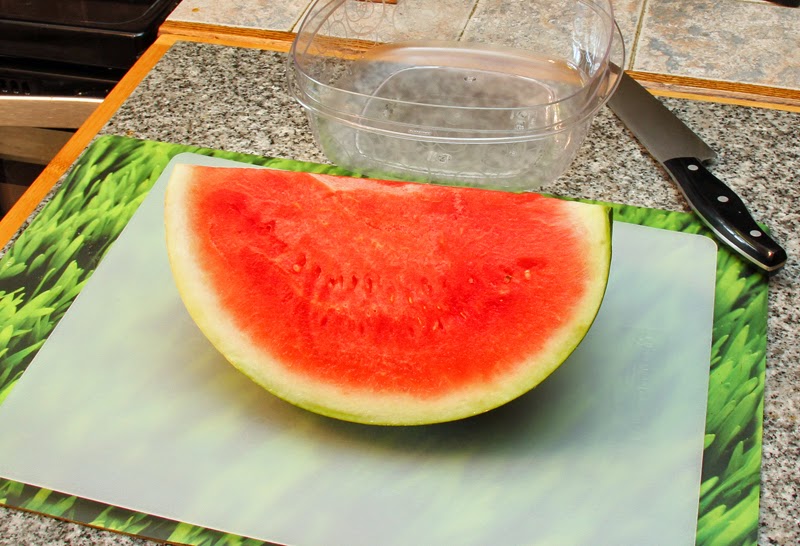 3. Lay the quarter with the skin on top, away from you – it makes for easier, more stable cutting rather than if the skin were underneath. Trust me I’ve tried it all sorts of ways. 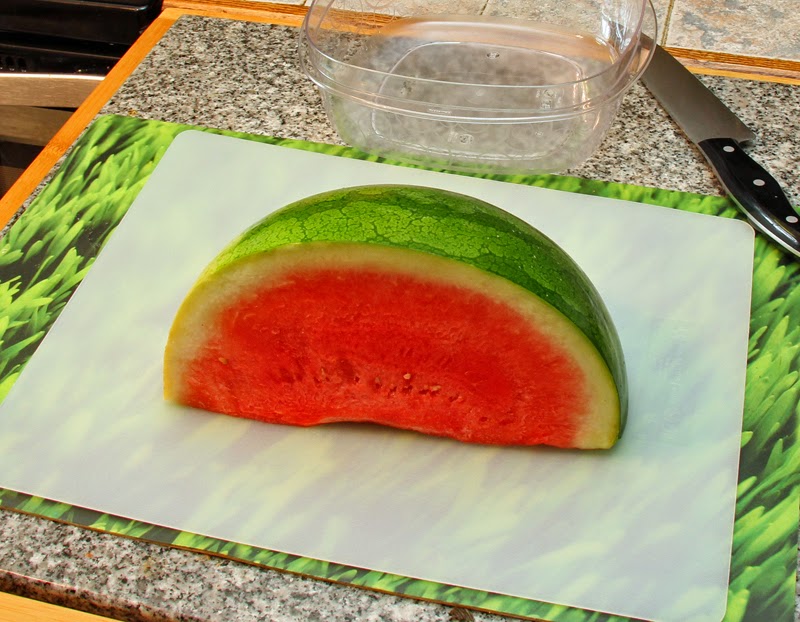 4. Make vertical cuts about an inch thick. Use a large kitchen knife to help with cutting through the skin. When done, switch to a paring knife and ready the container for the chunks. 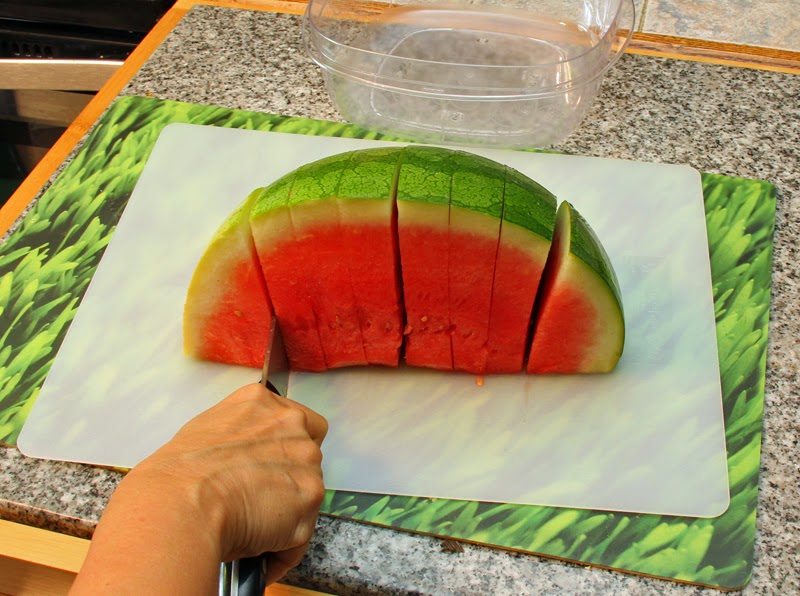 5. Pick up a slice and cut the flesh vertically about an inch thick, down to where the flesh meets the inside of the skin. 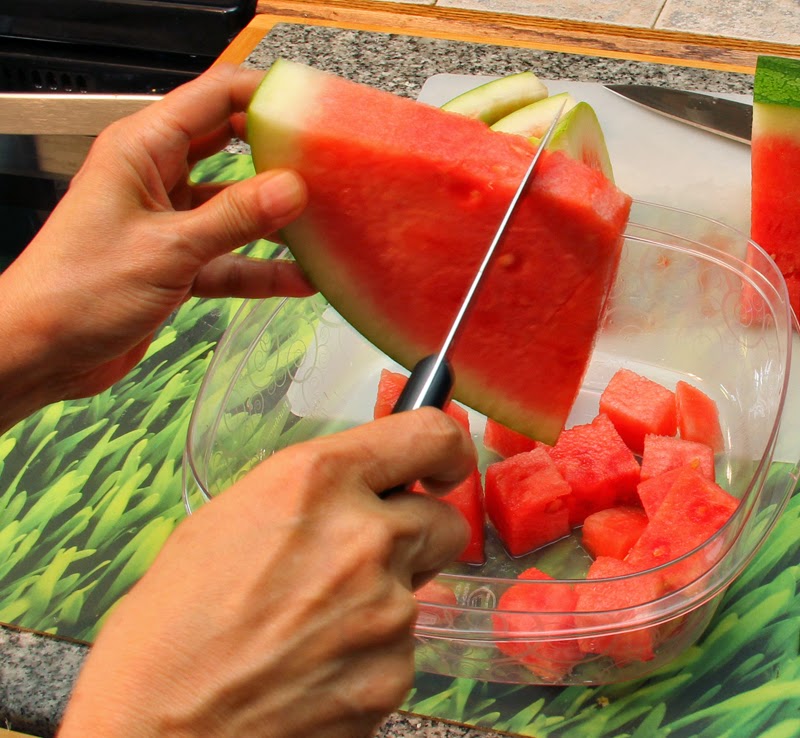 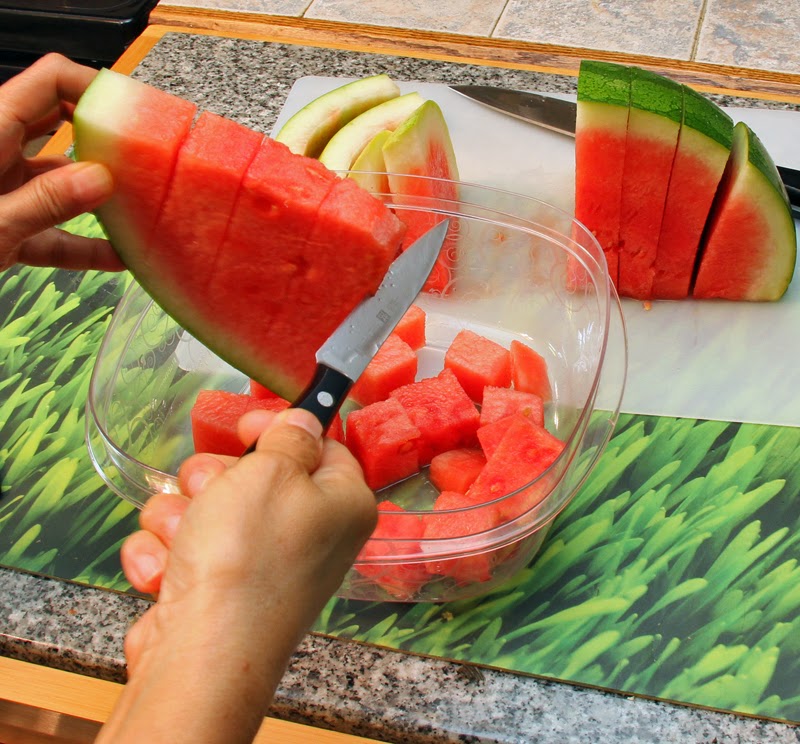 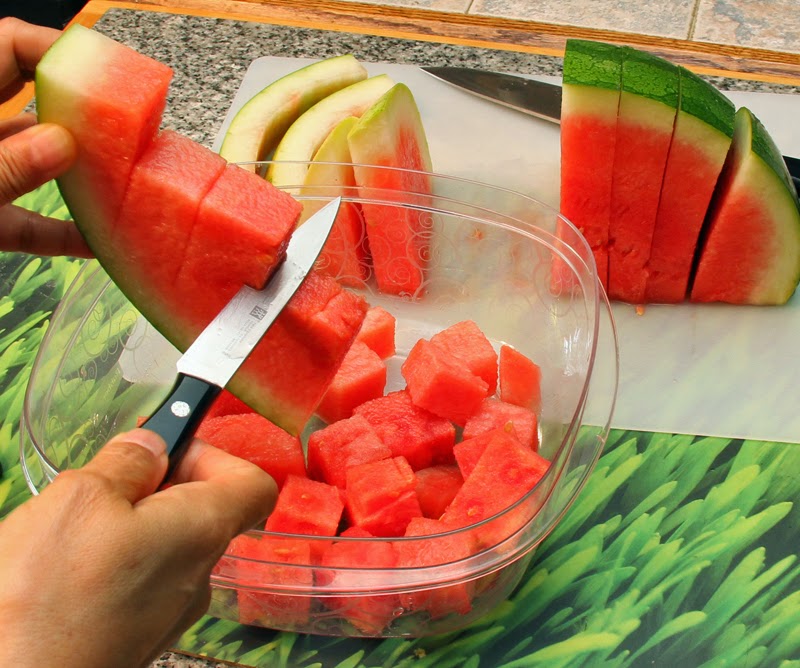 7. Cut off the remainder of the flesh by running the knife from the top to the bottom of the slice, along the edge of the skin. Be careful not to nick your fingers! 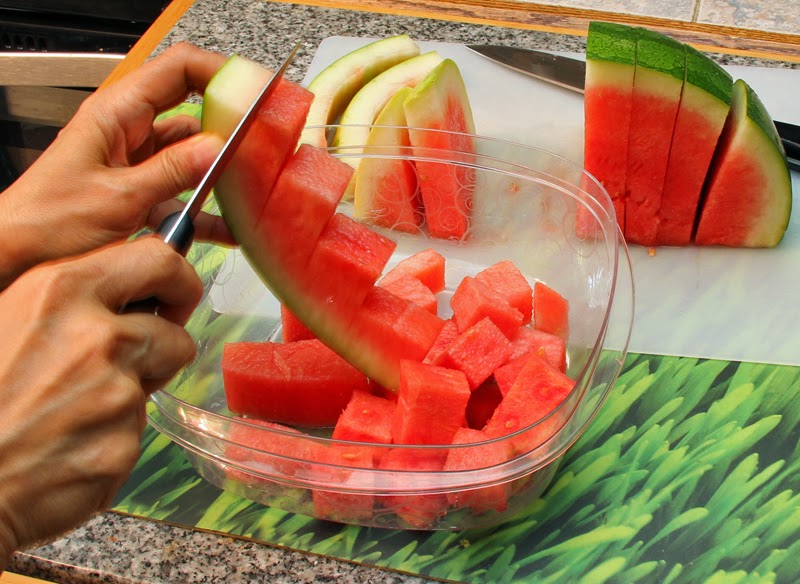 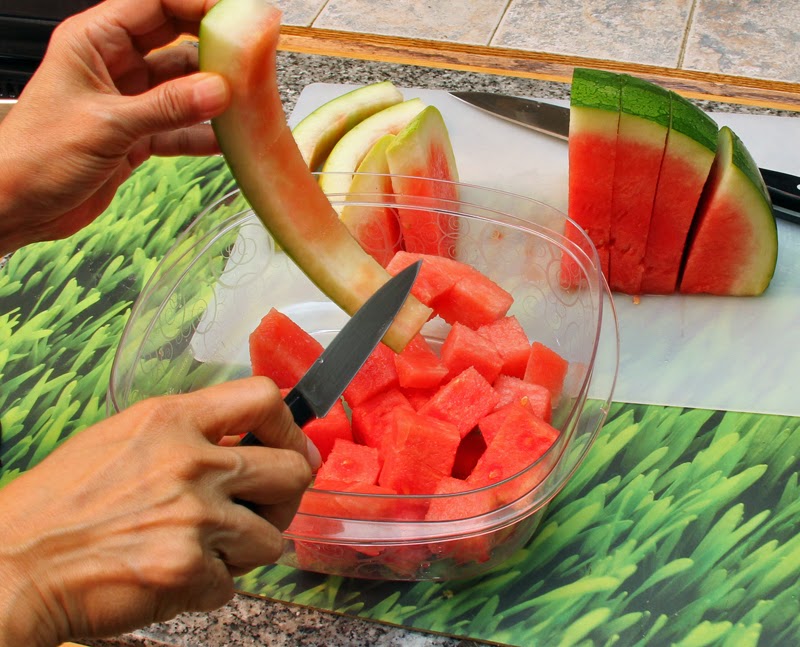 Do the same with the rest of the slices, and there you have it. Look at how much a quarter of a regular watermelon yields! And no sticky chin! 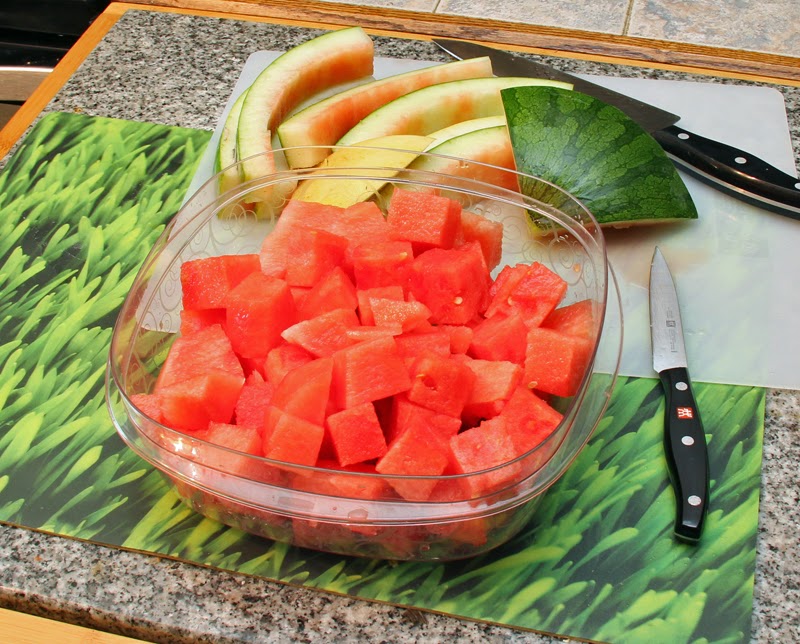