My creativity is mostly prompted by necessity. With no spare finances to purchase shadow boxes to encase some dried herbs I wanted to display, I resorted to making my own. My medium of choice was what I had plenty of: cardboard and brown paper.

First, I cut and glued cardboard pieces together to form small rectangular box frames and wrapped them with brown paper to cover the seams. For the window panes of the boxes, I used clear hard plastic cut out from product packaging that I had stored, thanks to my packrat foresight. 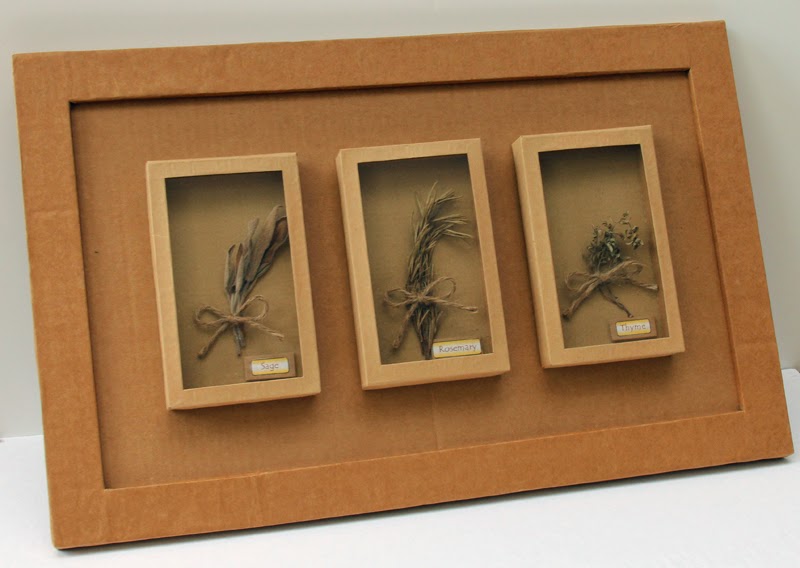 Then I prepared the backing for the shadow boxes. I printed out the names of the herbs and mounted them on tiny pieces of cardboard to serve as nameplates. Then I punched two holes in the middle of the backing, strung twine through, and tied down (with a nice ribbon knot) a bunch of the dried herbs I wanted to showcase. 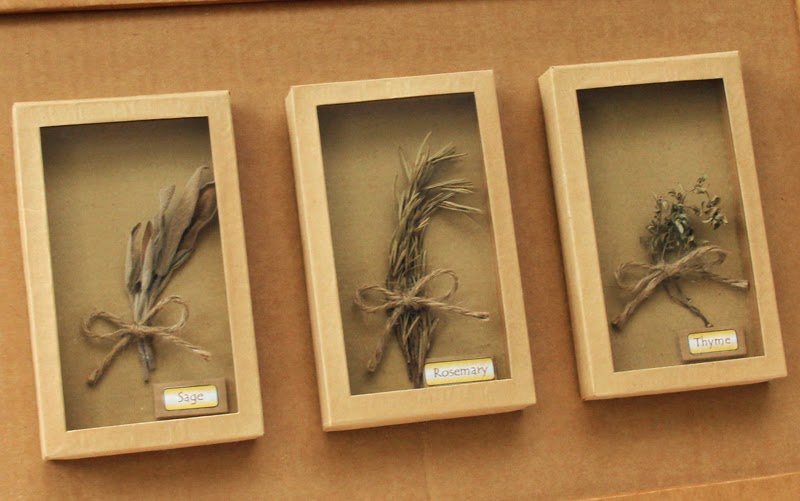 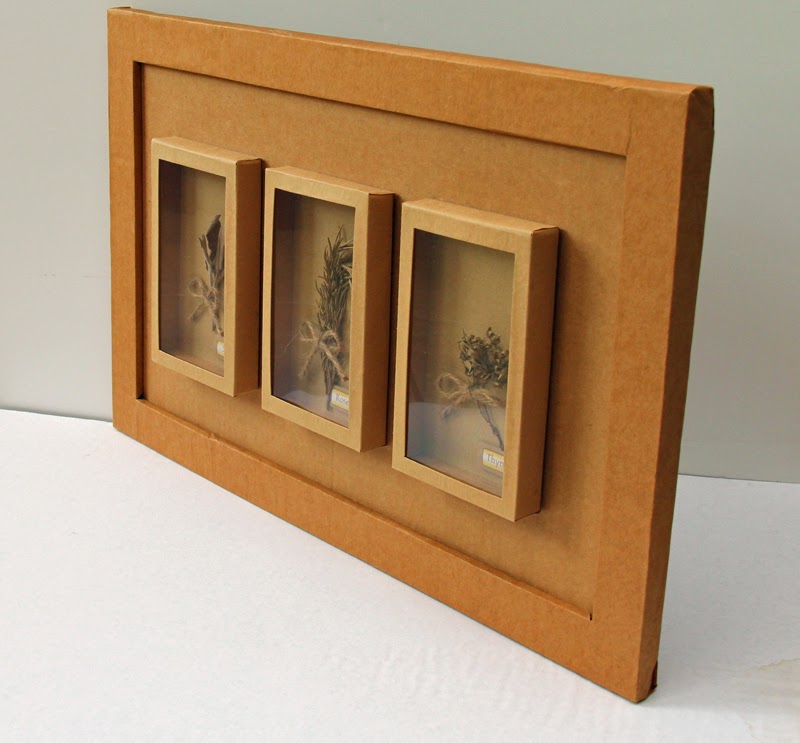 The final assembly was just a matter of gluing the backing to the shadow box frame, and gluing the finished box to the main frame that I prepared also with cardboard and brown paper. Add a twine hanger to the back, and there it is – all natural, very lightweight, and entirely handmade. 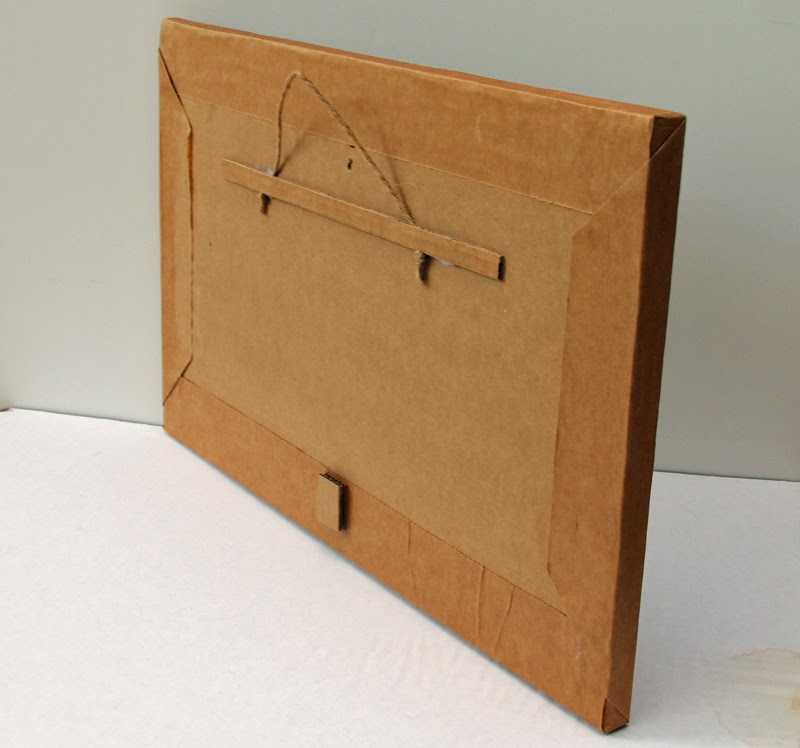 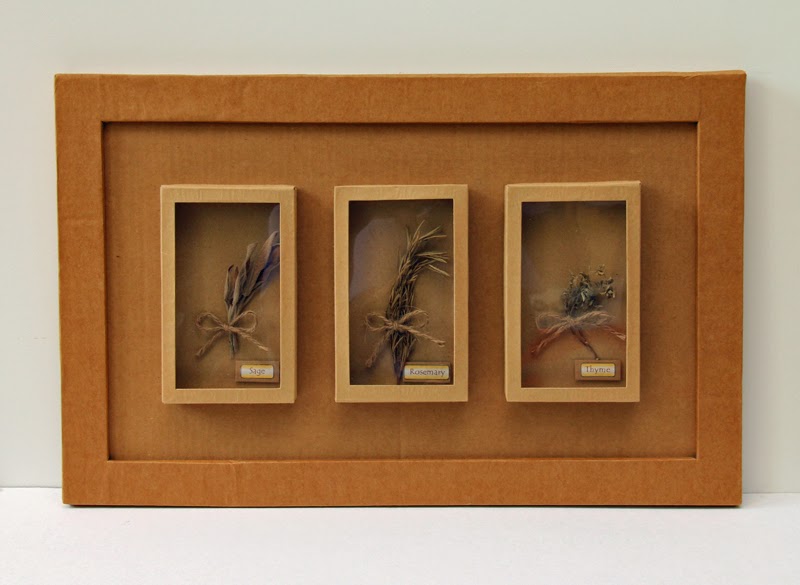 I took these pictures a few days ago, but I made the shadow box back in 2002 (which is why there are no step-by-step build photos). The herbs look old and droopy now but the presentation is still good.

Would you be able to make one now and do the step by step?

I have several projects in the pipeline but I could squeeze it in if you'd let me know why you ask. Email me, please: rubybayan@gmail.com