The chest armor, which is the highlight of the costume, was actually the biggest challenge for me. It took me a long while to adjust the lames to fit the measurements of my son. I stared at the Elrond photo for hours, trying to figure out how to make the lames look that way.

I was just glad I had the time, and the craft paper, to do so many revisions and adjustments to make it right. Until finally, I got it right. Almost. 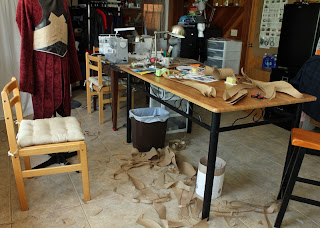 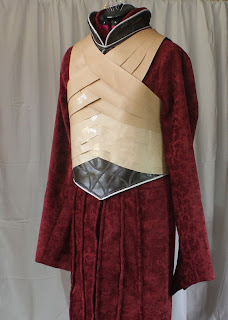 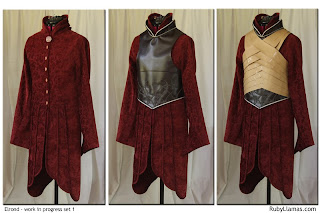 Notice that my original paper pattern had seven lames on each side. At the last minute, I decided to have only six because my son does not share the 6’4” height of Hugo Weaving. When I took out the bottom lame, the chest armor actually looked better.

So, I taped the final lame patterns to the vest and drew all the overlap lines. Then I punched the holes through the patterns and the vest, where the actual studs would be. 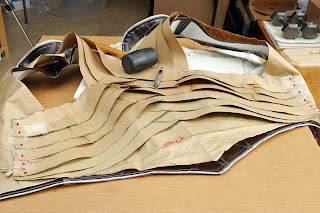 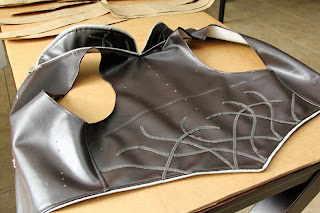 Then I traced the pattern onto the vinyl, cut the vinyl, prepared the clay, attached the trim, and glossed with Mod Podge -- same procedure as the vambrace, pauldron, and hip armor. Drawing the overlap lines on the chest pattern helped in positioning the clay swirl pieces on the final vinyl bands. 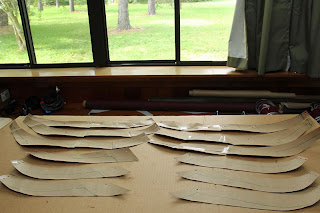 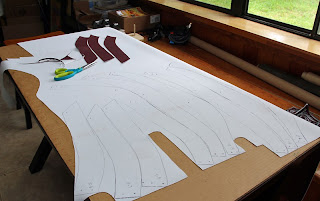 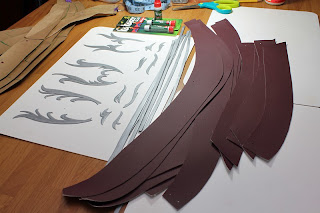 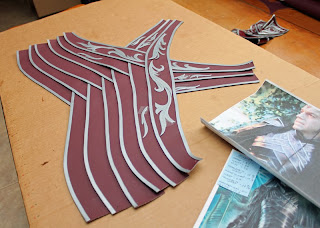 The closure for the vest was the next decision point. Buckles or laces? This time my son and I agreed on laces. The laces will make the vest more adjustable and comfortable to the wearer. Either way, he will need a second pair of hands to close the vest but the laces will be more forgiving. In any case, they won’t be seen under the cape. So I attached loops to the back of the vest using studs. 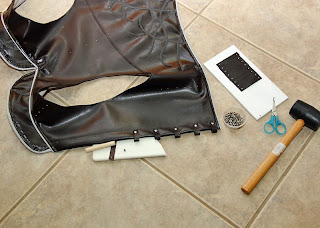 And I hammered the lames in place. 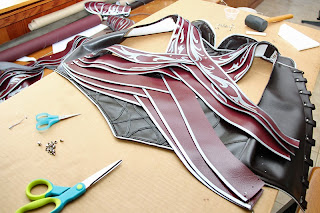 And here’s the chest armor, front and back. It wasn’t that hard after all! Well, it became easy after I finalized the paper pattern. 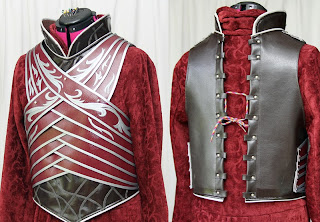