I had made a prototype of the pauldron (shoulder armor) to help me decide if I was really capable of doing this project. I used a brown marine vinyl that I was thinking would be what I would use for the entire costume. But somewhere along the way, I realized that that brown was too brown. Elrond’s armor was more reddish-brown. So I went back to the JoAnn fabric store and picked up a redder marine vinyl. I bought three yards for good measure.

Then I started working on the clay trim. I had made the swirls for the prototype, so it was just a matter of tweaking a little bit to fit the plates that I had scaled down somewhat (more proportional to my son’s build). Shape the clay, then bake. 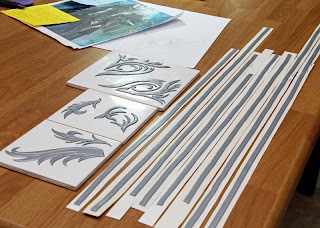 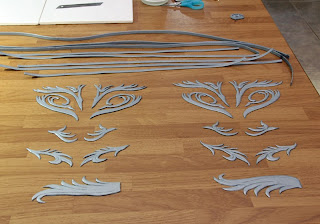 Then I cut the vinyl to make the pauldron plate shapes, and superglued the clay trim. 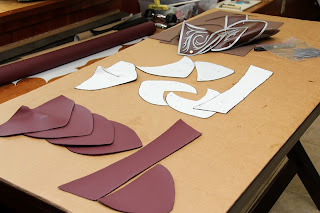 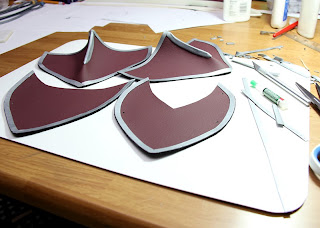 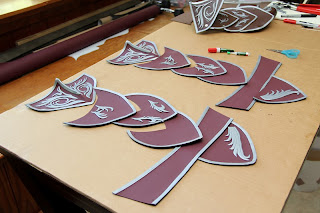 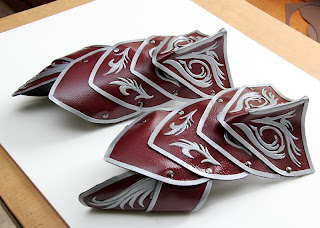 Coat the pieces with Mod Podge to make them shiny, hammer the studs to assemble the pieces, and there you have it. Oh, I had put a foam base under the second to fourth plates just to give the vinyl pieces a more stable contour. 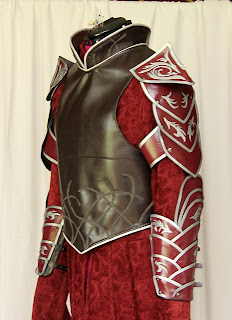 Then I thought I’d start making the stud covers. Out of clay, of course. I used the studs to mold the clay and let the molds stay on them for the baking process. Then I made them shiny with some Mod Podge too. 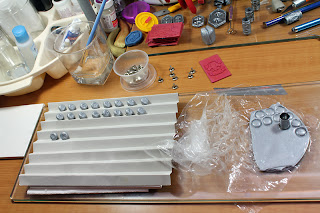 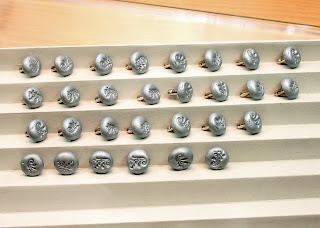 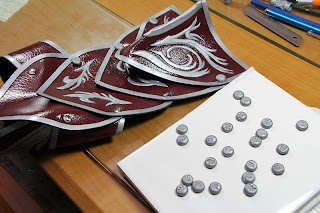 This last photo shows how I attached the pauldrons to the armor vest. I riveted a couple of vinyl tabs extending from the vest’s shoulders and attached snaps to those and to the corners of the pauldrons. Makes wearing the pauldrons much easier (because you can attach them after you've secured the chest armor vest on your torso). 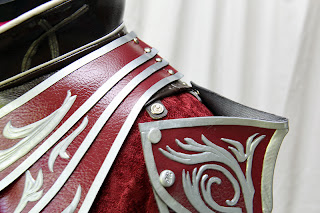 So....when are you going to start to sell these bad boys? or is it just the one?

Gosh, I wish I had the time and the army of elves to sell, but right now, I don't. So until then, it will be just the one. Thanks for the interest. :)